Posted by Simon on March 05, 2009
After completing the Wood Elf army I signed myself up for the second round of the Tale of Painters challenge on Librarium Online. I decided to paint up two armies this time, Crimson Fists (coming soon!) and a Khador army for Warmachine.

I'm working towards a 500 point army with the following list:

My initial attraction to this army was the gorgeous models. I've only ever played one game, which I lost, but I'd love to learn how to play well (you'll notice a recurring theme of me not playing much but wanting to). 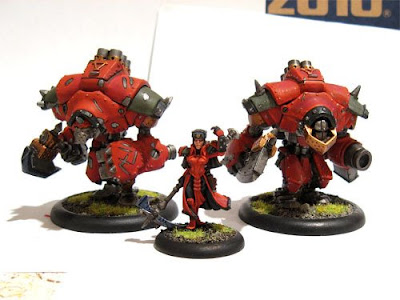 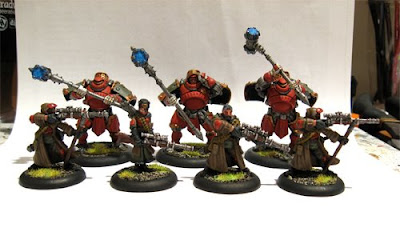 Man-O-War Demo Corps in the back, Widowmakers in the front 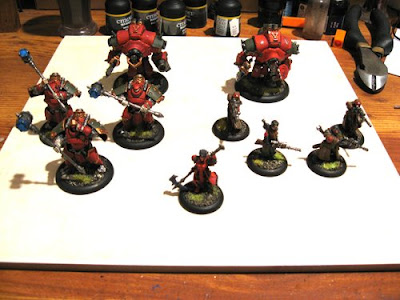 the army as it stands right now

Once the Greylords are done I only have the Koldun Lord to get done before this army is complete.
khador warmachine