Posted by Simon on March 03, 2009
This is the first of three army showcases that I'm going to do to over the next few days as a sort of introduction to where I am in the hobby.

I probably have about 2200 points painted with plans to add around 300 more in the form of a another Spellsinger and Alter Noble.

I painted this army as a participant in the first Tale of Painters at Librarium Online. This was the first army I painted to any sort of standard and at the end I had improved my skills as a painter by a ton.

Some of the highlights of it are: 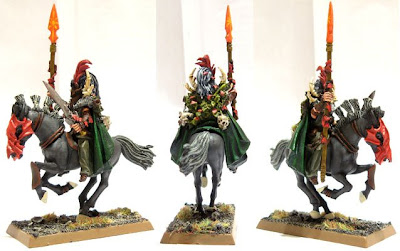 Wild Rider Noble (the general of the army) 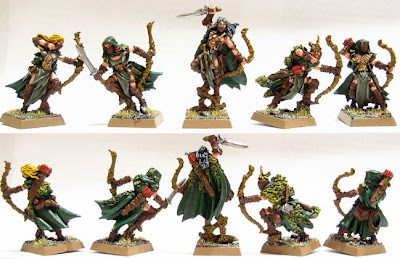 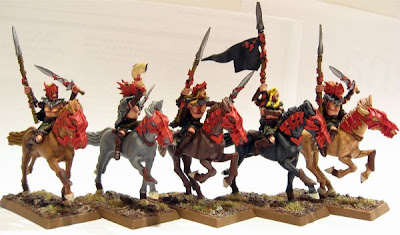 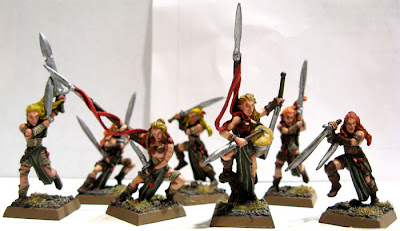 For some reason every unit I think is painted well also starts with a 'w.'

I've played three 500 point games with this army (and Fantasy in general) - two victories over an old Warriors of Chaos army and a loss to an old Dark Elves army. I learned that my army is fast, can shoot well, and can't take a punch in close combat.

If anyone would like to see shots of anything else please let me know.
warhammer fantasy wood elves