Posted by Simon on March 16, 2009
Lately the tubes have been full of Imperial Guard rumors, models, and general excitement. I've always been interested in Guard because they represent (to me, at least) the best way to represent an actual military force on the table. With my Space Marines being close to completion (1000 points out of 1500 is close, right?) I figured that now would be a great time to start a Guard army. 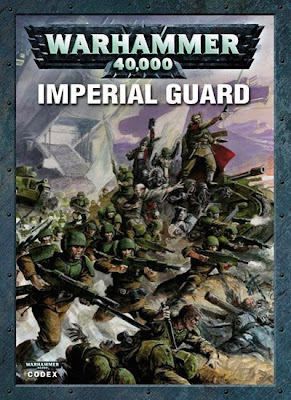 image from Bell of Lost Souls
One of the rumors I've heard is that the boxes of 20 guardsmen are going to be phased out in favor of 10 men boxes with more bits and a higher price tag per guardsman. I'd rather not spend a lot of money if I don't have to so I've been digging through ebay to see what I can find.

Recently, I stumbled across this gem. 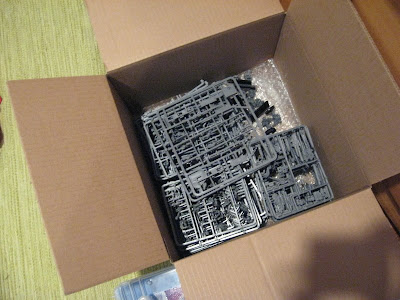 When I won this auction I thought I had won 20 guardsmen on sprues. You can imagine my surprise when I opened the box to find about 30 models plus about 10 heavy weapons sprues in various states. This was way more than I thought I was getting and for a lot less than I would have paid. Obviously, this army is going to be largely on the back burner until the new codex comes out and I have finished my 1500 points of marines, but I've made a good start and you can expect to see a few test models start to pop up as I have some spare time.
imperial guard warhammer 40k