Posted by Simon on May 11, 2009
Spoony and I didn't get to play at Games Day (there weren't any tables to play on) but we decided to do our best to get a game in at our hotel room. We set up a 6' x 4' area on the floor and used mugs, bowls, a tissue box, and a basket as terrain. 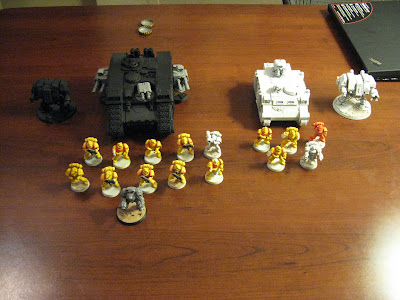 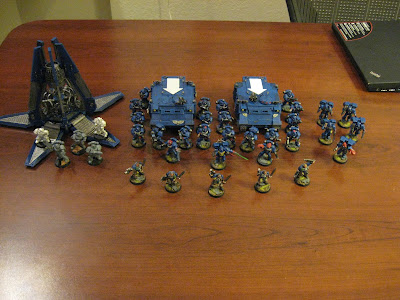 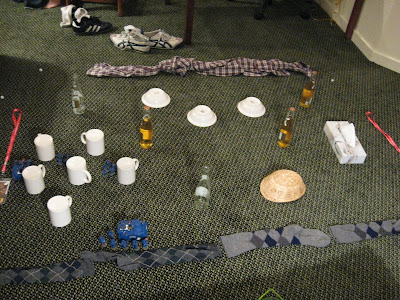 making do with what we had 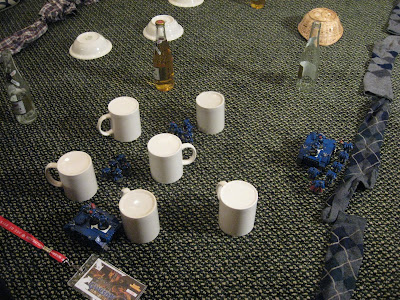 occupying the mug forest - my deployment 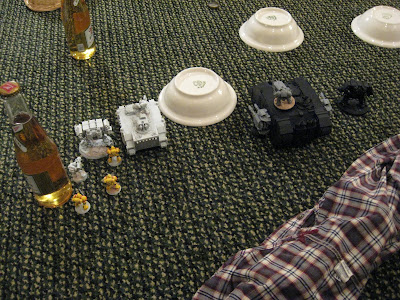 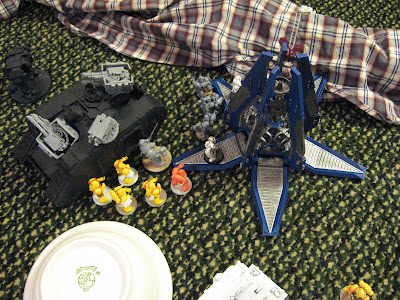 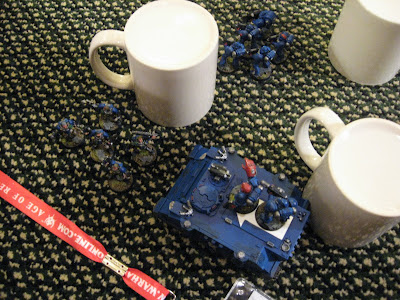 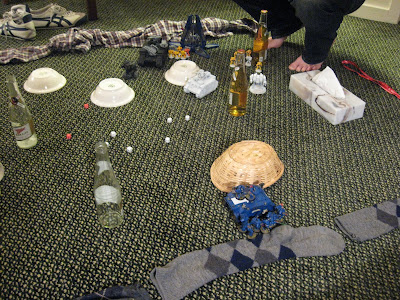 the Rhino and assault marines that snuck down the flank 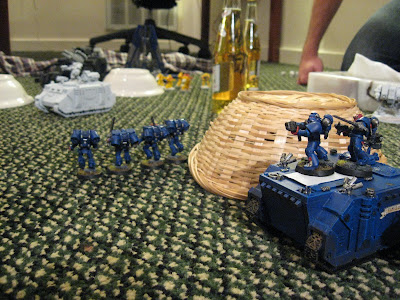 out of position - snatching defeat from the jaws of victory 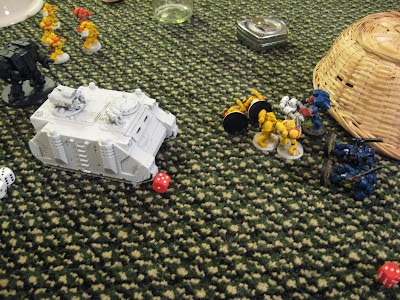 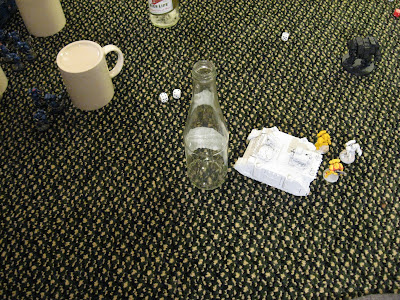 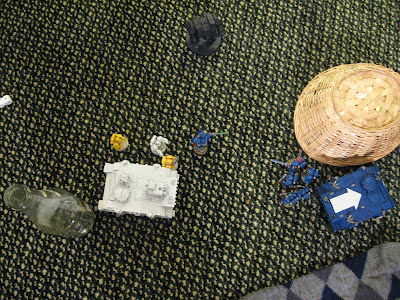