Posted by Simon on May 20, 2009
No updates on the guard but I started another small project I've been meaning to get cracking on. This guy has been sitting on my desk for a few months and last night I decided to get some paint on him. 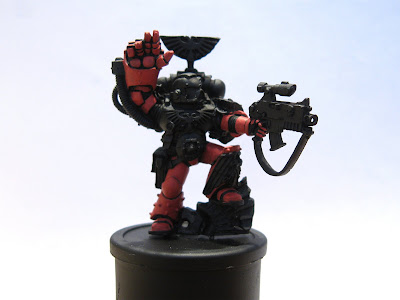 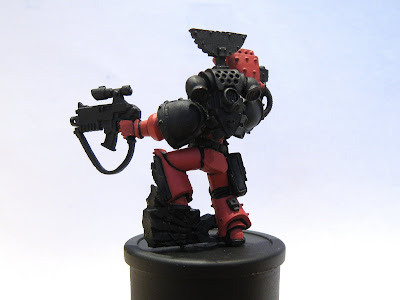 Right now I've only got a base coat of Merchrite Red (and that isn't done yet) so he's still very much a WIP but I'm happy with how he's turning out so far. I've never tried black lining like this before, nor have I ever really spent this much time on a model (I'm approaching almost two hours on him already). I'd like to try some sponge weathering on him too, but that's far into the future.

I'm shooting for this scheme, which my girlfriend found in the marine codex: 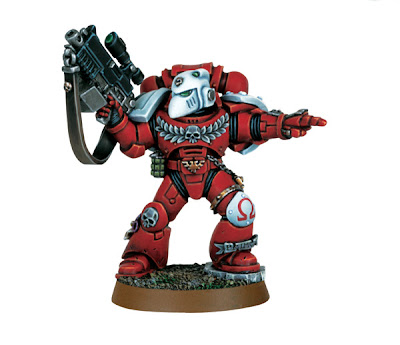 this is NOT my work, image from the Lexicanum

I'm a little stumped on how to execute the red armour. Right now my plan is to go from Merchrite Red (which is what I'm putting on now) to Blood Red using lots of really thin layers and then some very thin lines of Blazing Orange on the edges. I'm very interested in hearing what other people suggest though.
painting warhammer 40k