Posted by Simon on August 05, 2009
Spoony was visiting Boston and we made sure to get a game in. We had limited time so we agreed beforehand to stop after turn 5.

Spoony's List (Tau):
My List (Crimson Fists):
The mission was Seize Ground with 4 objectives, Spearhead deployment, and I gave Spoony the first turn so I would have the last movement phase.

Spoony reserved both 6 man Fire Warrior squads, the Stealth suits, and one Deathrain. I combat squaded the plasma squad and put the sergeant and plasma gun in the Rhino. The board looked like this after deployment (the Blood Raven Space Marines are the objectives and the white pieces of paper are woods): 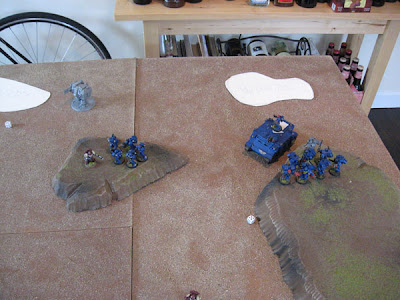 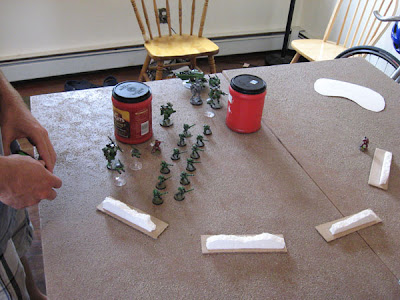 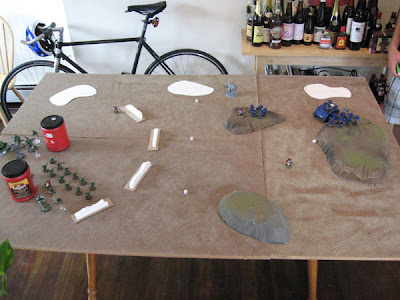 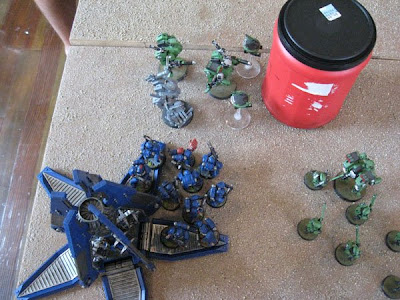 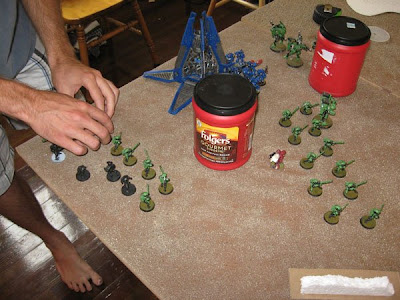 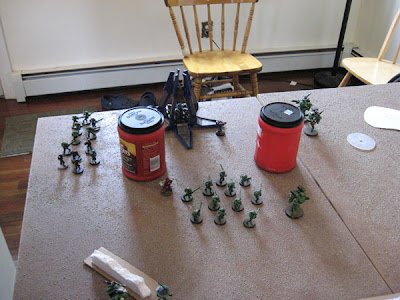 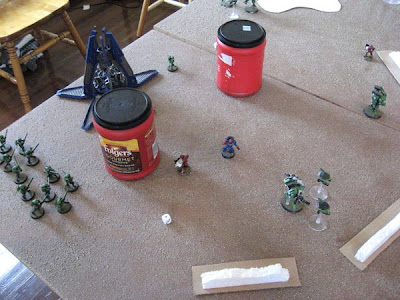 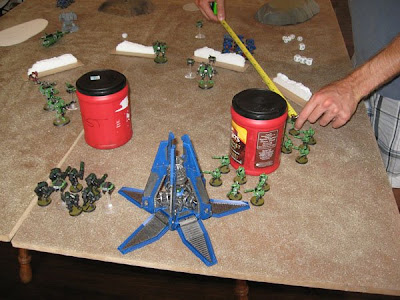 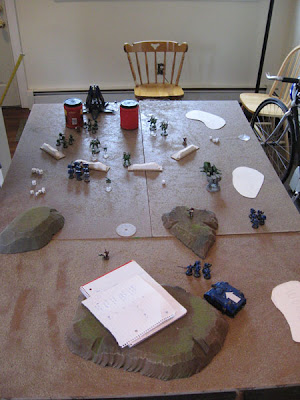 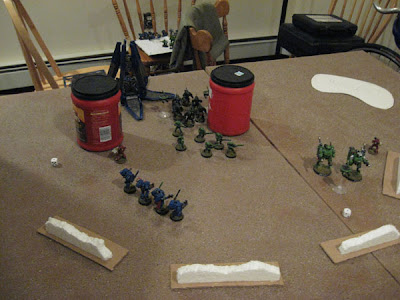 only one scoring unit left to kill! 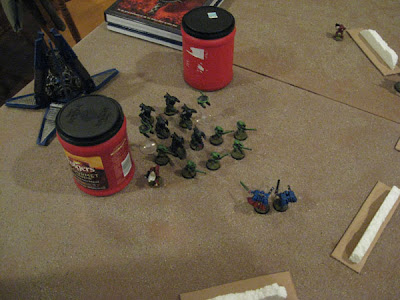 We each have one objective. Spoony can't claim any more because he only has one scoring unit left and he can't contest either of the two on my side because all of his units are dead. I have two scoring units alive but one is running. They will rally on my turn but since the game is ending on turn 5 they won't be able to claim a second objective for me.

The game ends in a draw.

In order for Spoony to draw, he needed BOTH of the following to happen:

1. Stop my Captain and 3 Assault marines from killing his last Fire Warrior squad. He did this by pinning a squad that has leadership 10.
2. Stop one of my combat squads from claiming an objective. He did this but causing my squad to fail a leadership 8 test.

Edit: Spoony has informed me that my numbers are wrong. Before failing the pinning test my Assault squad passed a moral test. Had they failed that test they would have been neutralized as well. So, the odds of failing EITHER ONE of the morale test or pinning test is 15.9%, making the overall odds of Spoony squeaking out the draw 4.4%. That still means that over the course of 1000 games I come up with the win 956 times.
battle reports crimson fists warhammer 40k