Getting Back on Track with the Crimson Fists

Posted by Simon on October 27, 2009
I've been trying to save some money by working my way through the pile of models sitting on my shelf. For a while I've just been bouncing around - Imperial Guard, random Space Marines, Empire, Wood Elves, and Crimson Fists. I've had fun painting a bunch of different things and I think I've learned a bit about painting but I'm starting to miss working on an army. I can fix that and still avoid buying new models by finishing my originally planned second wave of Crimson Fists.

A few months ago I finished my first 1000 points as part of a Tale of Painters on Librarium Online. It included a Jump Captain, 5 Terminators, two 10 man Tactical Squads in Rhinos, and 6 Assault marines. 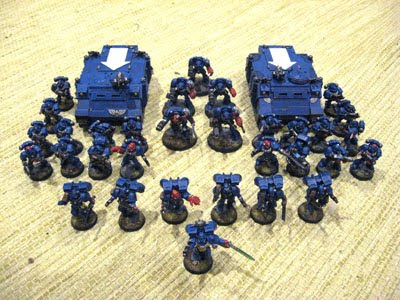 The plan was to finish a second wave of stuff for Games Day but I started to get bored painting blue power armour and eventually stopped. Over the past few months I've finished a Drop Pod, 5 Scouts, and a Venerable Dread (wave 1.5?). 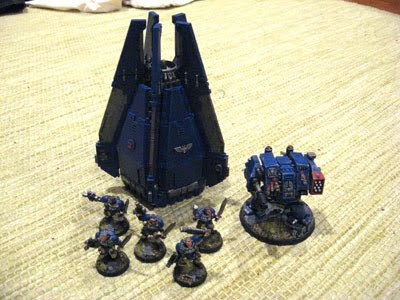 I'd like to get back on track with the Fists, finish off the second wave, and take a good chunk of models off my undone shelf. My goal is to finish off the other 4 Assault marines (for a full squad of 10), a squad of 10 Sternguard, and another Dreadnought. I'm missing a pair of running legs and a jump pack but I think that's a fair trade for moving 14 infantry models and a walker from unpainted to painted. 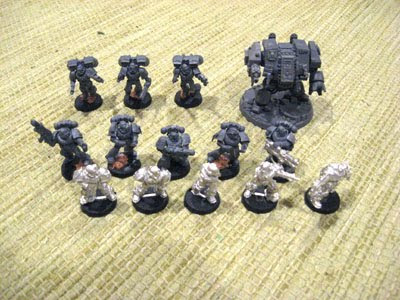 I'm just about done with my Wood Elf Spellsinger (look for some photos soon) and once he's finished it will be back to painting blue!
crimson fists warhammer 40k