First Games With The Butcher - Part 3 - Success! (and more Failure)

Posted by Simon on February 15, 2010
I got my first win this weekend! I was playing against a Circle player using Baldur, a warlock I've never faced before. 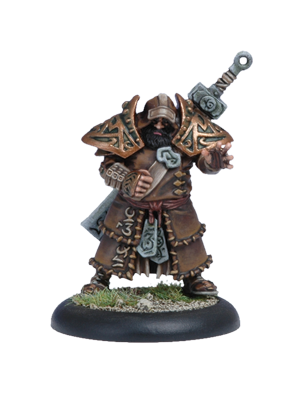 Baldur the Stonecleaver - image from Privateer Press
There were six heavy 'jacks and beasts on the table and it looked to be a slugfest. His Druids are almost impossible to shoot when they have their clouds up and the UA has a nasty anti-magic spell that made it tough to get good use out of Full Throttle.

Butcher's feat turn wasn't as devastating as I had hoped but it was enough to tip the game in my favor. After a long and bloody fight I came out with the win when a Kodiak charged Baldur.

My second game was against another Circle warlock I hadn't seen, pKrueger. 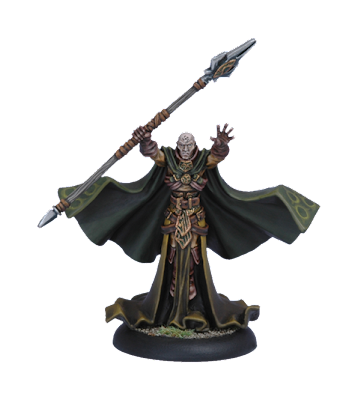 Krueger the Stormwrath - image from Privateer Press
This game was over for me almost before it started. The Circle player had the first turn and by the time my second turn came around I was in serious trouble. He had some fantastic dice rolls on two Chain Lightning spells and the Pureblood's spray attack and they combined to kill two Great Bears, Orin, Kell, and my Widowmakers - I started my second turn 10+ points down without having killed any of his models.

I did my best to hold on and be a nuisance but it was only a matter of time before the Woldwarden caught up to the Butcher and took him out.

Thoughts
In my first five games with Butcher I am 1-4. That doesn't seem very good on paper but I've only been horribly destroyed in two of those losses (this weekend's game against pKrueger and my first game against eHaley) and I'm starting to get more comfortable with the Butcher and the list in general.

The major issue I'm having is keeping Butcher safe. Since he has a medium base the only place he can hide is behind my 'jacks which opens him up to be slammed. I've been thinking about taking out the Widowmakers and Orin to add in Boomhowler and Co. to provide some medium bases for Butcher to hide behind.
battle reports khador warmachine