Posted by Simon on June 02, 2010
Malifaux is a sweet game. I had only ever played twice before this tournament but over the course of my three games I had a ton of fun and really never stumbled over the basic game mechanics.

There were 15 people who showed up and the TO filled in as the 16th. I've never played in a tournament this large and it was great fun seeing all of the different armies and getting to meet a lot of new people.

I went 2-1 on the day, losing my first round game to a Seamus list and then beating the other two Viktoria lists at the tournament. I finished the day with 18 victory points, which put me in 5th or 6th place overall. Not bad for a first time out!

The highlight of the tournament for me was my Convict winning the painting contest! Everyone loved his mom tattoo and I was just super excited when they announced the winners. I took some better photos of him outside this weekend because I was so happy: 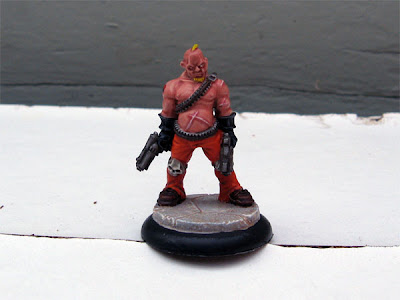 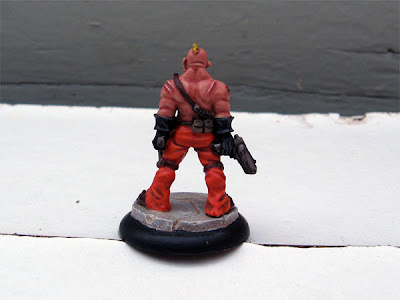