Upcoming Tournament - Bringing out the Trolls

Posted by Simon on June 30, 2010
In two weeks my FLGS is having a 25 point tournament that requires fully painted armies. Most of my time in this hobby has been spend painting so I'm quite excited about this. After some thought I decided that this would be the first time I bring out my Trolls, so I have some work to do. 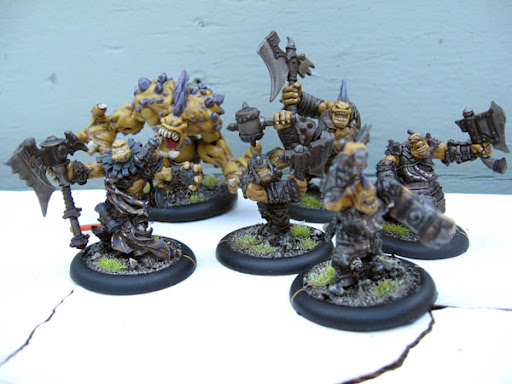 15 points done - 7 models to go!
The list I'm going to bring is the 15 point list I already have done plus some new fellows. Here it is:

On my painting table right now is the Fellcaller, I need to get my last two Champions assembled, and I need to base and prime the Krielstone Bearers. That's seven models in two weeks, with a lot of World Cup soccer, class work, and marathon training to get in the way. Hopefully I can get it done!
hordes trolls