Posted by Simon on August 05, 2010
Spooy was in town visiting this week so we took a trip down to the Hobby Bunker and played a few games. He couldn't fit his models in his suitcase so he made a Butcher list from my Khador and I played my Trolls. 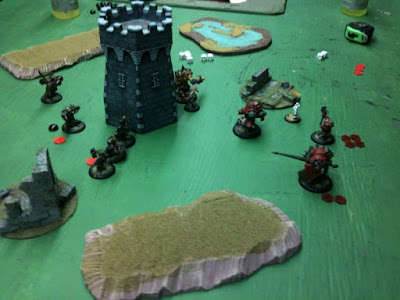 He won both of our games because I couldn't crack all of his heavy armour and his army had no trouble chewing through mine. 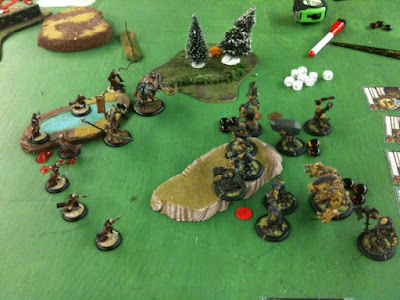 After that we switched it up and both got in a game against two Skorne players, both using pMorghoul. My game was super bloody - I killed his whole army and he killed everything but Madrak, a Champion, and the Mauler. Morghoul and Madrak played tag in the last few turns but in the end I was able to smack him with an axe before he could tickle me to death.

I don't know how Spoony's game went but he did end up with a win, making him 3-0 on the weekend.
battle reports hordes khador trolls warmachine