Posted by Simon on October 08, 2010
After painting serious amounts of infantry lately it was a nice break to work on this guy for the past few nights. He was primed white so the yellow is a little brighter than usual, but it took a lot fewer coats to get it right than usual over the black primer. I also went lighter on the brown wash with this guy since I've been going pretty heavy recently. 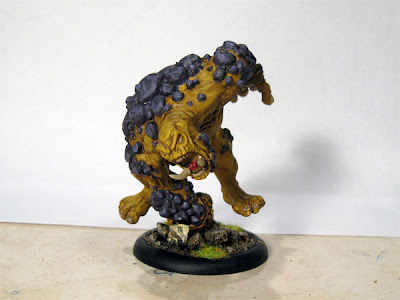 The model itself was a lot of fun to paint - so far both of the Dire Trolls I've painted up have been. They're simple in design and don't have a lot of tiny details to paint, but I enjoy the musculature and the faces (probably because they're so big). 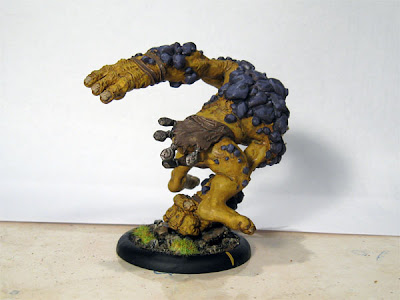 I think he turned out well and the 35 point Grissel list is starting to look good!
hordes painting trolls