Posted by Simon on December 29, 2010
Blood, Sweat, and Tiers is a two list, 35 point Steamroller tournament that requires all lists to be at least tier 1. I decided to really get into the spirit and only bring lists that were tier 3 or higher. Here's the first of my two lists, a tier 3 epic Doomshaper list.

This list is very assassination oriented and is looking to send a souped up Earthborn right into the enemy caster's face. In an ideal world the Earthborn will start his activation near some rough terrain (+2 SPD), under Doomie's feat (+3 SPD), with Wild Aggression (boosted attack rolls and free charge), and Rage (+4 STR). He is a Fury 5 beast so even if that 13" charge isn't enough to get there I can goad him once or twice to get into range. 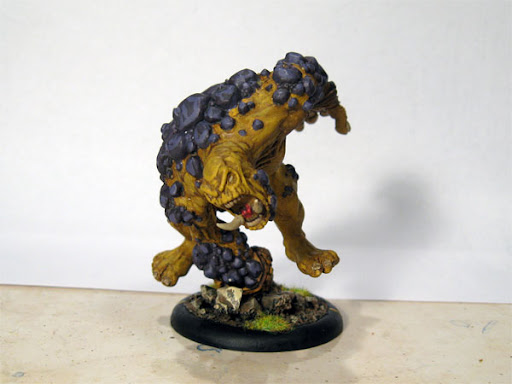 Most everything else is geared towards making that happen. The Runebearer is there to cast Wild Aggression on the the Earthborn (it should be on the Mauler up until then as he leads the charge) and take a little Fury load off Doomshaper. The 10 Whelps are there more to block charge lanes and be a nuisance than anything else, although one or two might be eaten as a snack.

The Champions are mostly babysitters for Doomie but may also find themselves pressed into second wave duty if the initial charge doesn't pan out. I'm not positive what the Scouts will be doing yet (I've never used them) but I'm hoping they can hold a flank to protect Doomshaper and either attract a lot of attention or herd the enemy 'caster to the other side of the map. 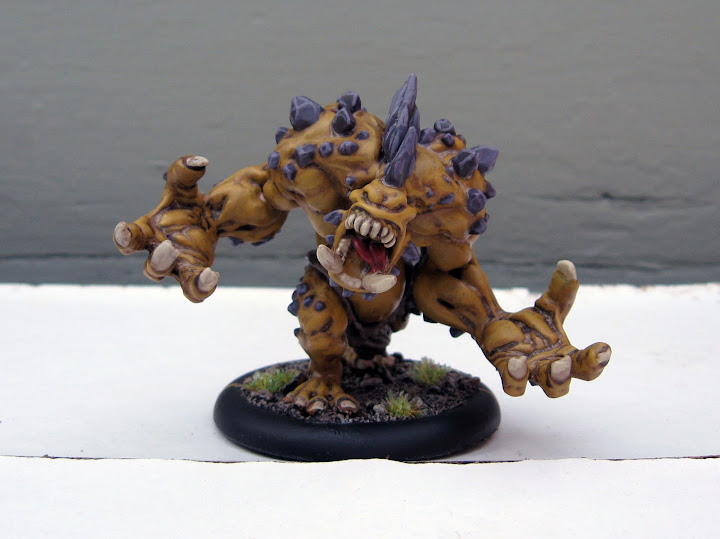 I'm hoping that the Mauler can lead the way for the Earthborn by taking a lot of fire and trashing or throwing any pesky models blocking charge lanes out of the way.

The list will probably need to be played very aggressively and I'll need to keep an eye out for charge lanes - two things I'm terrible at. Hopefully forcing myself to use this list will get me better able to do those two things.
hordes IABN templecon 2011 trolls