Posted by Simon on October 19, 2011
I know the internet wasn't terribly impressed with the Nomad when Wrath was released but I've been thinking he'd be a lot of fun in some Merc lists.  Yesterday Privateer released a photo of the Rover. 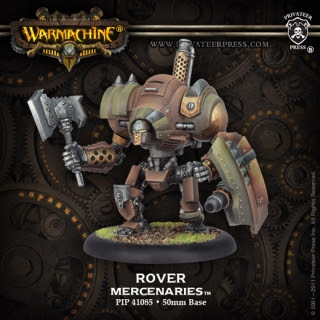 Right away I'm a little apprehensive about the model.  The shoulders are huge, the shield looks weird, and the overall chassis design just doesn't do much for me.  I do think that the color scheme lets it down a little and after spinning the 360 shots I'm a little more OK with the shield, but overall I'm still a little disappointed since the artwork in Wrath is very cool.

I will be picking one of these up, however, because it is plastic and because it comes with parts for a Nomad and a Mule!  I already have a Nomad and Mule (converted from Cygnar plastics) but I'm excited to magnetize this kit and be able to use all three 'jacks. 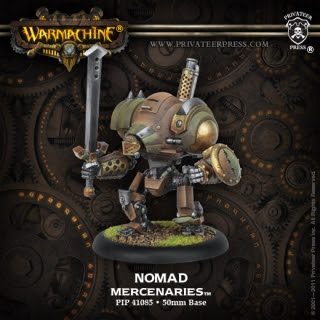 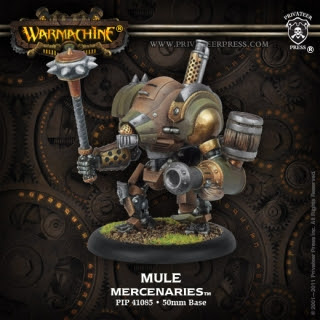 Neither of these poses really strikes me much either, but the staffer who built and painted the 'jacks said that she magnetized them which is why they all look the same and that she didn't pick the paint scheme.  I'm hopeful that with a little more dynamic posing and a better color scheme the model will come together.
mercenaries warmachine