My team of rangers investigated some missing villagers and it went... badly. 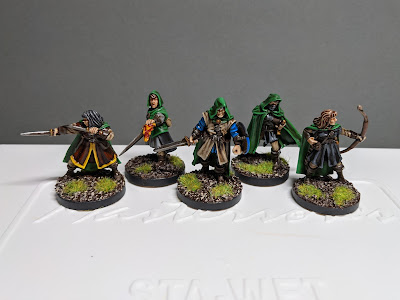 Santiago the ranger was joined by a rogue, swordsman, tracker, and battle mage. In the early turns the rogue, swordsman, and tracker were all knocked out to some very poor dice and a collapsed building. Santiago and the battle mage managed to survive by hiding behind some houses and investigated three clues. Everyone would have gone down had the game gone on another turn or two. 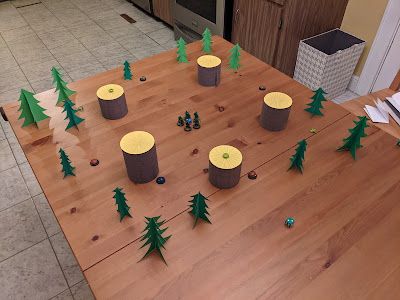 After the game my ranger gained 63 experience. The swordsman died but everyone else came out unscathed. 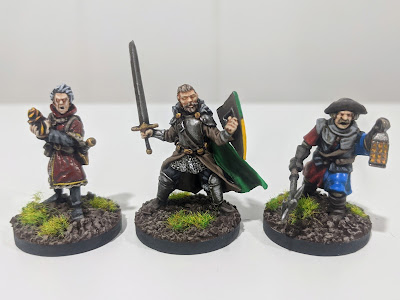 A knight, battle mage / conjurer / wizard apprentice, and a treasure hunter. Models from  Northstar Bases are some 25mm MDF rounds from  Amazon 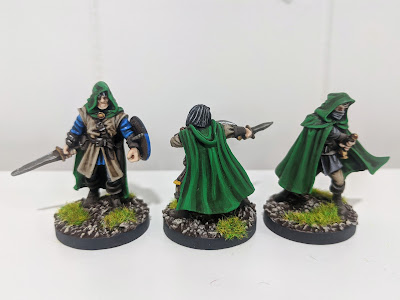 A few actual rangers for Rangers of Shadow Deep. These were great to paint, especially the cloaks. The faces are a bit of a mess.  Models from  Northstar Bases are some 25mm MDF rounds from  Amazon