Posted by Simon on May 13, 2009
After grinding through my drop pod for Games Day and finishing the Tale of Painters I was participating in I need a break from painting blue. I'm not done with the Fists but I need to move on to something else. I was also really inspired by a lot of the models I saw at Games Day, both in the Golden Demon entries and just around on tables.

With that in mind, I'm going to break from my usual painting jam and just paint what I want (instead of limiting myself to a single army). I feel like my painting has stagnated a bit and I think this is going to be a good way to get myself excited about painting again and help me improve.

So, here's the first thing I'll be painting - an IG squad. These guys will eventually be part of a platoon with another infantry squad and a platoon command squad. They've got a vox caster, plasma gun, and autocannon. 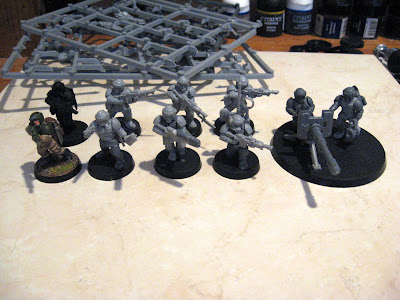 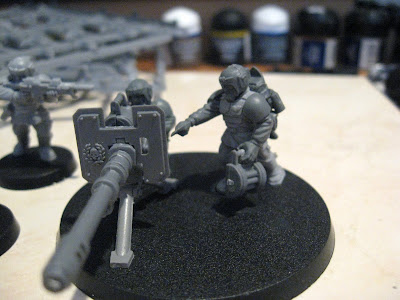 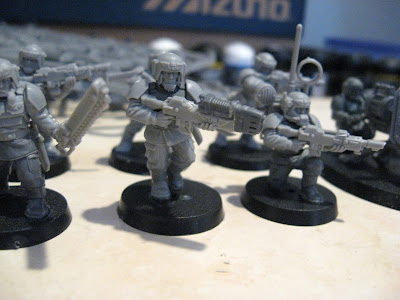 The plasma gun was made using the great tutorial over at 42 Cadian. His look better but I'm pleased with my first attempt. I'm going to do these guys the same way I did this fellow - quick and without much fuss.
imperial guard painting warhammer 40k