Continuing Work on the Greatswords

Posted by Simon on July 19, 2009
Updates are still sparse on my end. Work has been hectic and the weather has been nice so I haven't had much time to paint. I have been getting some work done though.

This is the second Greatsword that I've finished thus far. I'm really pleased with his face and the armour, although I'm not sure why the highlights on the armour appear so start in the photo. 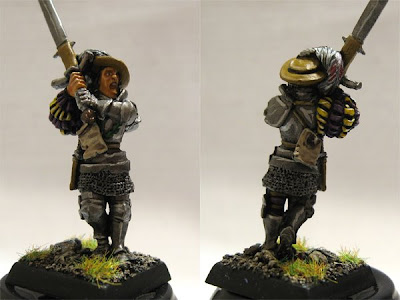 I finished this guy about a week ago and since then I've been working on the unit champion and musician. 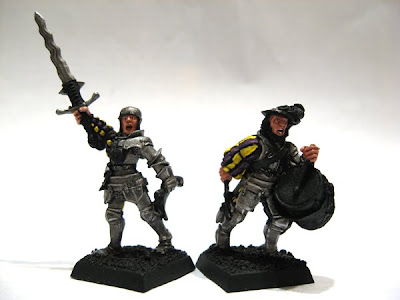 These guys are probably about 50% done. The major colors are done but they both have more detail than the previous two so doing that will take me longer than usual. 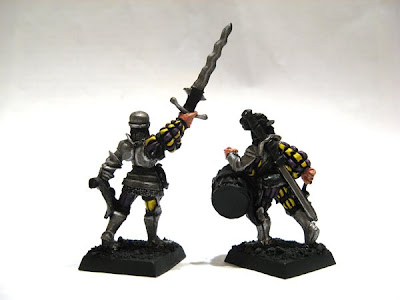 I'm still really enjoying these models and even though I don't get much painting time I'm having fun painting again. I'm hoping to get these two guys done by the end of the week and then get started on the banner bearer.
empire painting warhammer fantasy