He's been starting up a Khador force and the two 'jacks he's painted up so far are weathered very well. Weathering always makes me nervous (why risk ruining a perfectly good model?) but I've been meaning to work on it and after seeing Col_Festus's stuff I had to give it another try.

You can click on the images to get a much larger view to see the weathering. 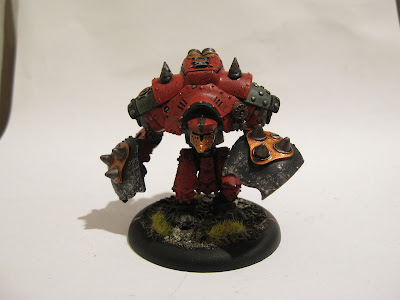 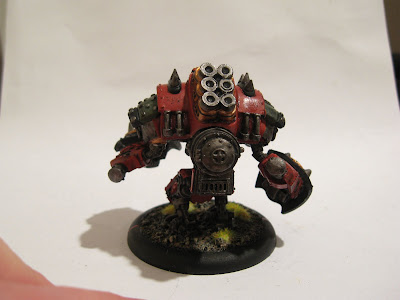 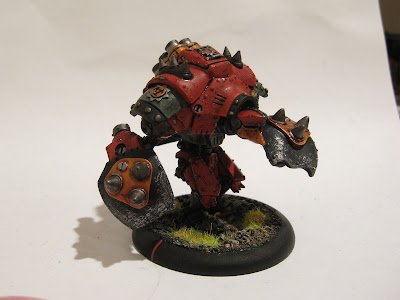 I used a sponge from a blister to apply the chips. I chose black to chip on the red and green armour and silver to chip the black fists. I went a little heavier on the fists since they'd probably see more wear and tear.

I like how the black chipping turned out but I'm not so convinced about the fists.
khador painting warmachine