Posted by Simon on April 16, 2010
In my last post I laid out my plans to wind down and finish off my Khador army. Once that's done I'd like to start a new Hordes army to coincide with the release of Hordes MkII. If the current release schedule holds (Menoth in April, Cryx in May, Mercenaries in June) it looks like Hordes will be released in July or August - I've got three or four months to plan.

The only Hordes faction that interests me is Trolls. Something about an army made of big, blue, kilt wearing, beer drinking, Braveheart-esque models really strikes a chord with me. Add in the fact that they're as close to a faction of good guys the Iron Kingdom has and I'm sold. 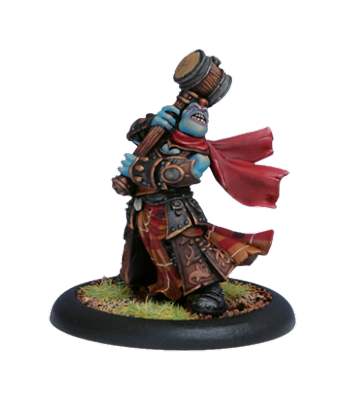 Grissel Bloodsong - image from Privateer Press
Usually when I start a new army I buy a little piece, paint it up, and then buy another little piece. This was a good method when I wasn't actually playing any games but I found it to be quite limiting when I started playing regularly with my Khador army. Initially I was limited to a single 35 point list, then two lists, and only now after five months of buying and painting do I feel my Khador is at a flexible and interesting point. 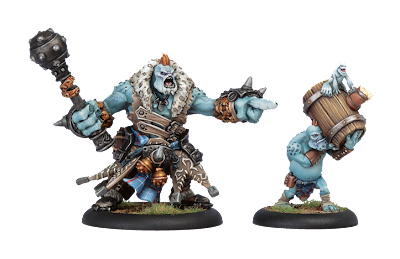 Borka Kegslayer - image from Privateer Press
When I start this new army I'm going to take a different approach. I'm going to design two or three good 35 point lists with different warlocks and purchase the whole thing in one go. This will allow me to play different lists a lot faster and hopefully keep things fresh. I'll keep adding new stuff at a faster rate than with my Khador until I reach a similar total points level. Obviously I'll be playing a lot of games with unpainted models, something I don't like to do, but I think that's a reality I'm going to have to accept. Painting will be done along the way. 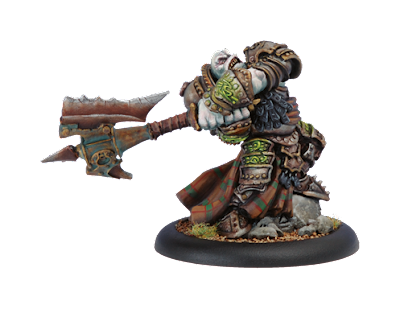 Madrak Ironhide, World Ender - image from Privateer Press
I already have some list ideas in mind but I'm not going to commit to them yet. I'm pretty sure of the three warlocks I'll be using though - eMadrak, Borka Kegslayer, and Grissel. As the Hordes release comes closer they may release stats of pictures of something that might make me change my mind but I'm relatively confident in these three.