How I Moved My Little Men

Posted by Simon on September 09, 2010
I was very nervous about moving my apartment because I had no idea how I was going to move the legions of little plastic and metal men that I own. I only have one small army transport bag that is way too small for all of my models and I was pretty stuck until my girlfriend came up with a great solution.

She had a long, shallow plastic container that had outgrown whatever she was using it for originally and I had an old mattress pad from college. I cut out strips from the pad that were the dimensions of the base of the container and laid them flat. Then I started laying down models. 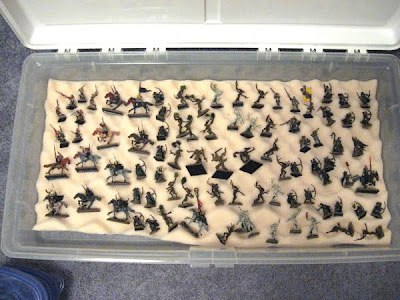 Here you can see my Wood Elves all laid down on the bottom layer of foam. I had a lot of space left (and a lot of models left) so I cut another strip of foam, put it on top of the Wood Elves, and added more models. 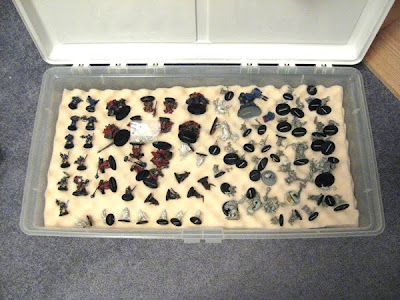 Here's the second layer of Khador and Trolls. This was about as much as the container could take model wise, so I cut one more strip of foam, laid it on top, and then weighted the whole thing with some 40k and Fantasy army books so the models wouldn't shift.

I'm happy to report that every model made the move successfully - I had zero broken models when I opened the container and there were no touch ups needed to any paint. Here's a photo of everything unpacked and in its new home. 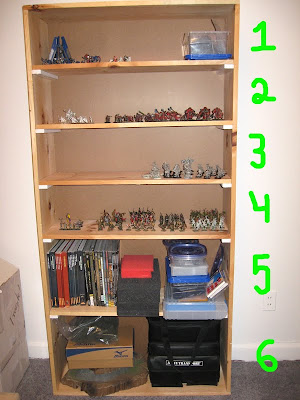