Posted by Simon on February 17, 2011
The stock model for Ashlynn is pretty much the worst Privateer Press model around. That's a shame because Ashlynn is one of the more interesting and dynamic characters in the Warmachine world and she deserves a better model.

One of the biggest sources of inspiration for this army came from a thread I saw on the Privateer forums where a guy named MOZZ converted and painted Ashlynn as part of a Tale of Painters. His conversion was so good I bookmarked the thread to refer to later. 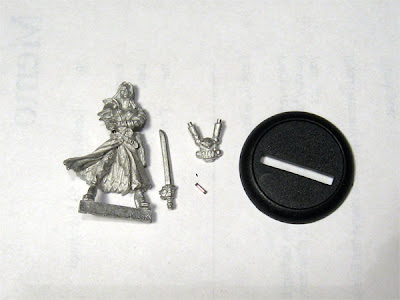 This is the un-assembled conversion. It uses an Iron Kingdoms Alexia Ciannor body for most of it, the sword hand from another IK model, and a Journeyman Warcaster generator backpack. Pretty simple. The hardest thing to do was pin the hand to the body - everything else went together just fine. 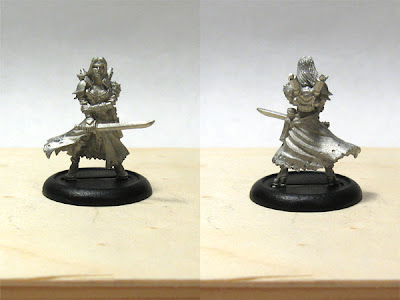 Here's my assembled Ashlynn. MOZZ used putty to fill in a lot of the holes and tears on her coat but I decided not to. My green stuff skills are poor at best and I figure since she's a fugitive and on the run she's bound to be a little worn. 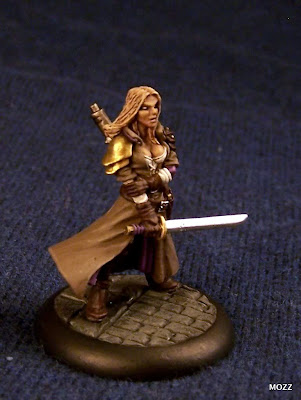 Here's what MOZZ's Ashlynn looks like with paint - I think he did a fantastic job. I haven't decided on my color scheme yet but I'm hoping to have a little more purple than he does. Once she's based and primed I'll be getting right to painting her.
mercenaries warmachine