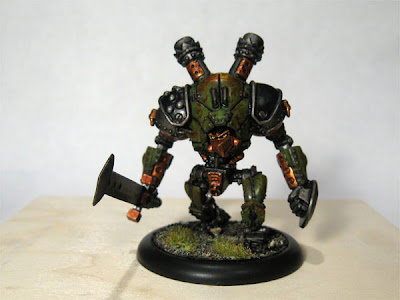 This is not the original model. I've wanted to get my hands on one of the new PP plastic 'jacks since they came out but didn't have a need for another Khador heavy. I saw this article on Bell of Lost Souls about converting a plastic Nomad and I jumped at it. 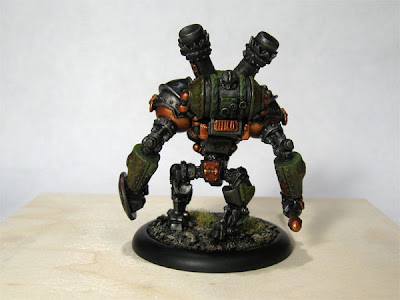 Once he was painted up I decided to try some weathering on him. I modeled it after an article on the Painting Corps. I'm always afraid to weather a model because I'm worried about ruining it and that's what happened here. The sponge weathering turned out very badly and while I was able to salvage it a little while my brush I am not at all happy with the final product. 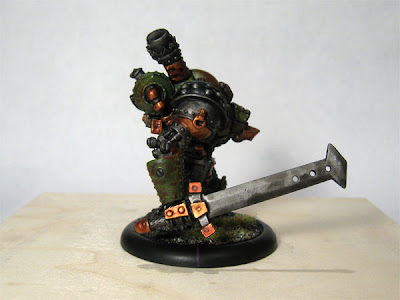 I also tried to work on my freehand with this guy. The top of his boiler has a crown and his shield has a star. Both of these icons appear prominently in Ashlynn's fluff so I figured they'd work well on her 'jack. 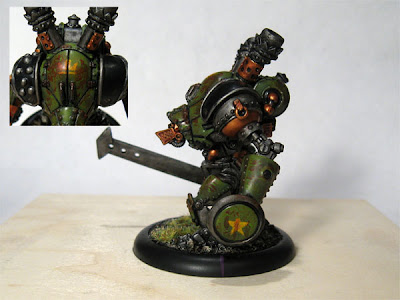 I tried a lot of new things on this guy and, for the most part, I'm pleased. The plastic conversion and freehand experiments were a huge success but I wish the weathering had turned out better.
mercenaries painting warmachine