Posted by Simon on June 28, 2011
I ran through Harkevich last week - here are a few quick impressions about the rest of the Khador entries in Wrath.

Demolisher
I've never had a chance to play with a Devastator but this guy looks to function in a similar way. He isn't doing auto-hitting damage to models directly around him, he's putting out two 4" AOEs. It might be a little less damage but it greatly increases flexibility in target selection. Plus, with Bulldoze and Gunfighter he can plow his way through screening models to make his shots at squishy stuff in your opponent's back field. 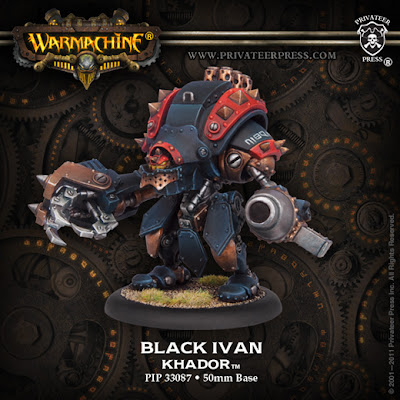 image from Privateer Press
I'm not sold on the model yet but since I do plan to play Harkevich I will be playing this 'jack too. A small RAT increase plus free boosted ranged attack rolls with Harkevich means Ivan's bombards will be hitting what they shoot at. Dodge is a little weird on a Khador 'jack, even one with DEF 12, but I'm not complaining. He's also got a few melee tricks and enhancements that are nice, but I would have happily traded them for a lower point cost. I probably won't take him outside a Harkevich list. 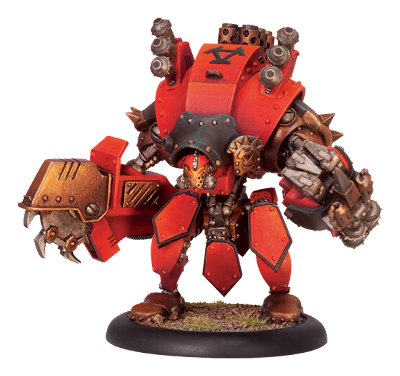 image from Privateer Press
Now we're talking. Being able to give 4 focus to a 'jack with a Sustained Attack weapon at POW 18 is just crazy! Throw in Gunfighter and Virtuoso to give him 3 initial attacks and you're looking at a nasty little piece of work in a Strakhov list. Imagine the fun you can have with this guy under Strakhov's feat and Overrun!

Battle Mechanic Officer
This is an interesting way to offer a buff to all of the Man-O-War players out there. I don't often find myself with half dead MoW's so I'm kind of indifferent about this guy. I can see him having more use with Shocktroopers and their Shield Wall but since I don't own them I don't see myself getting this guy (or the mechanics I'd need to run him with).

Kayazy Eliminators
Yes. These two ladies will 100% be making an appearance on my shelf when they're released. The have Acrobatics all the time (not just on mini-feat turn) and they can move around even more with Side Step. Also, they're SPD 7 - nothing will hide from these women. Suddenly I want an eVlad list. 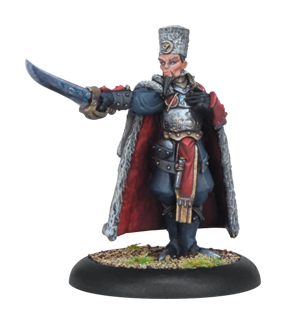 image from Privateer Press
This guy has a two big things going for him. First, he's a Greylord. I'm interested in anything Greylord. Second, I just started Mercs as a faction. I've got a bunch of Merc units painted and dying for more table time - Valachev loves Merc units! 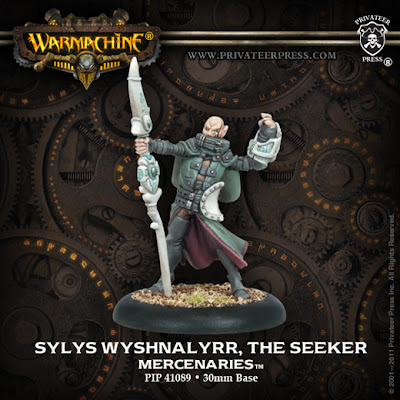 image from Privateer Press
What's not to love about one free upkeep per turn, +2" range on spells, and extra dice on offensive spells? I'll tell you what - no Wardog. Suddenly there are two fantastic options for warcaster attachments in the motherland.
khador mercenaries warmachine