Posted by Simon on October 13, 2011
Privateer has put up photos of all the new epic warlocks from Domination, including epic Grissel. 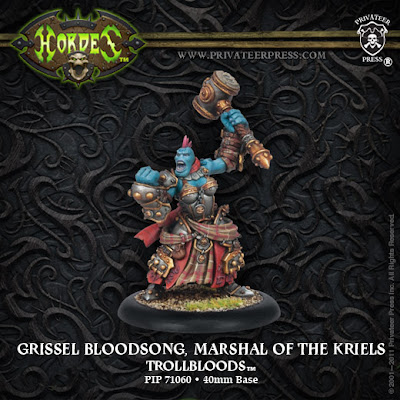 I really liked Jarl's sculpt but I'm not blown away by this one.  I think she looks a little too much like Horthol.  Granted, most anything would be an improvement over her original sculpt but I'm just now wowed by the epic version. 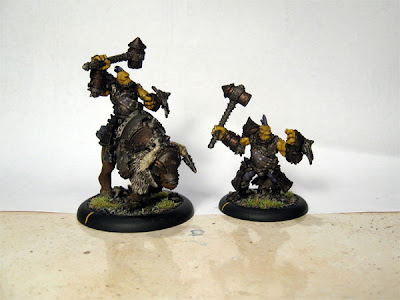 The text that accompanies these previews usually gives some inkling into the model's rules but in this case I'm struggling to make good guesses.

"Grissel Bloodsong stands as a bastion amid the storm devastating the lives of her people. Assuming leadership was never her goal, but she has proven worthy of shouldering the burden of Marshal of the Kriels in Ironhide’s absence. She gladly fights alongside her warriors and asks nothing of them she would not risk herself. They trust her to save them whether by shrewd words or the booming of her explosive voice and hammer on the battlefield."

I imagine she'll have a lot of infantry support and it sounds like she'll still have a spray but otherwise I don't have a clue.  Hopefully her rules are more interesting than her model!
hordes trolls